The Hummingbird Cam is a motion-triggered camera, featuring an ESP32-CAM development board and a passive infrared sensor. 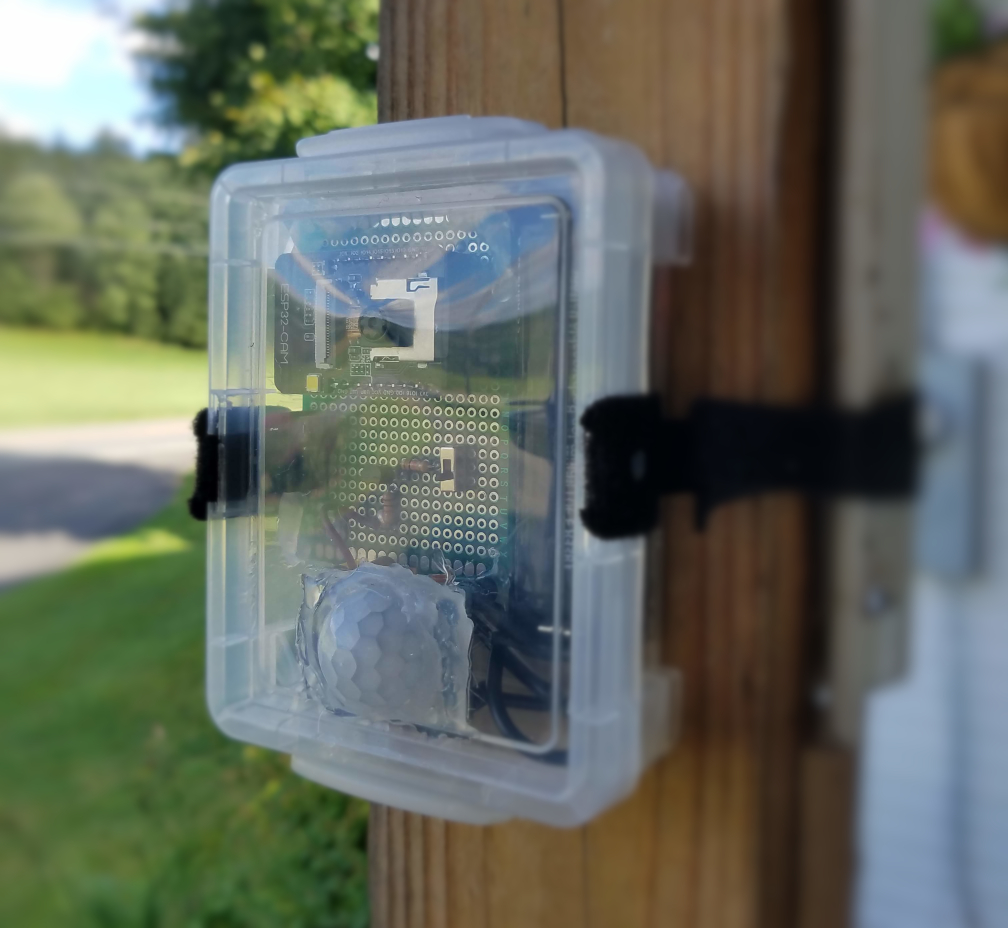 Since May 2020, I have observed the hummingbirds that come to drink from the feeders set up around my house. I was able to take some decent pictures of them with a DSLR:

After doing some research online, I found components that would help me achieve this goal. The following section describes the devices and parts I used to build the Hummingbird Camera. 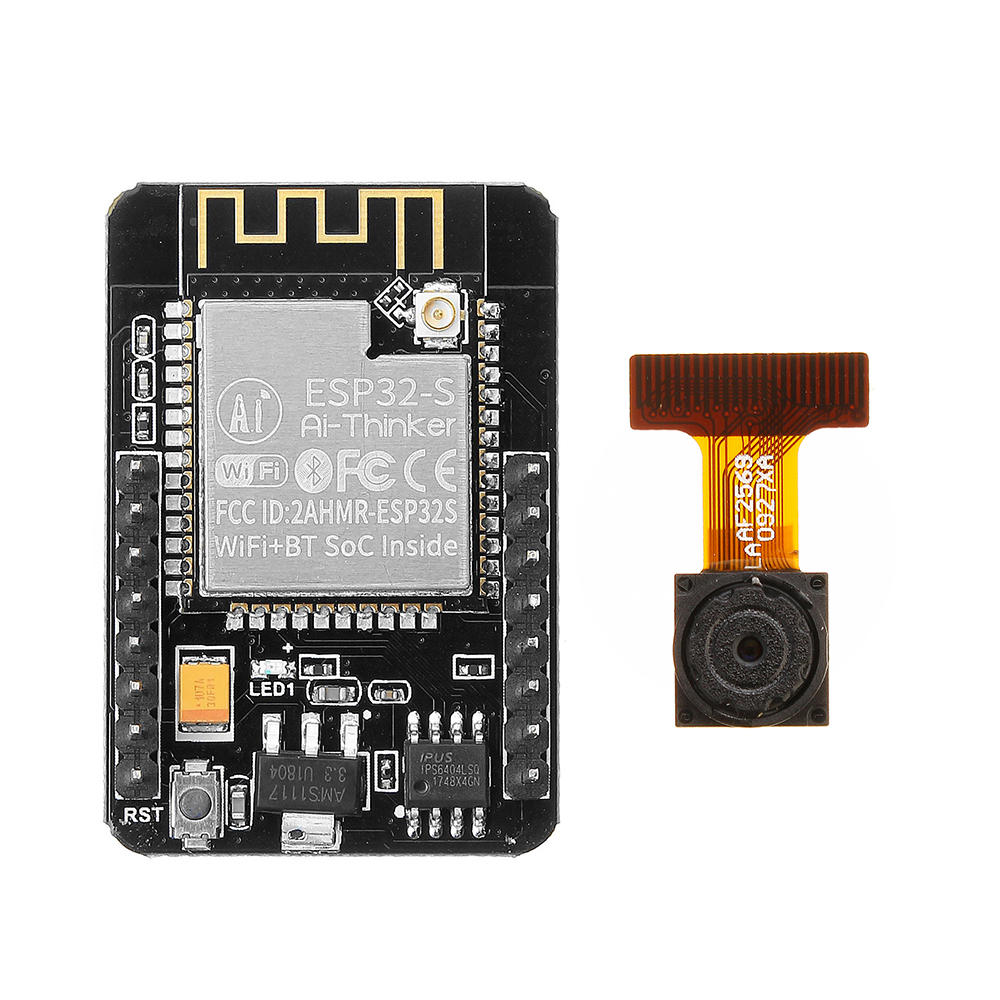 The ESP32-CAM development board.

Detailed specifications for the ESP32-S microcontroller can be found in its datasheet.

The ESP32-CAM comes with an OV2640 camera module, a 2MP camera that supports a maximum resolution of 1632x1232. The picture settings can be modified in software, which can change the brightness, exposure, saturation, etc.

The ESP32-CAM can enter a deep-sleep state, where it only draws 20μA-150μA depending on the usage of the ULP coprocessor. The ESP32-CAM can wake up from deep sleep using an external wakeup as described on Espressif’s website. 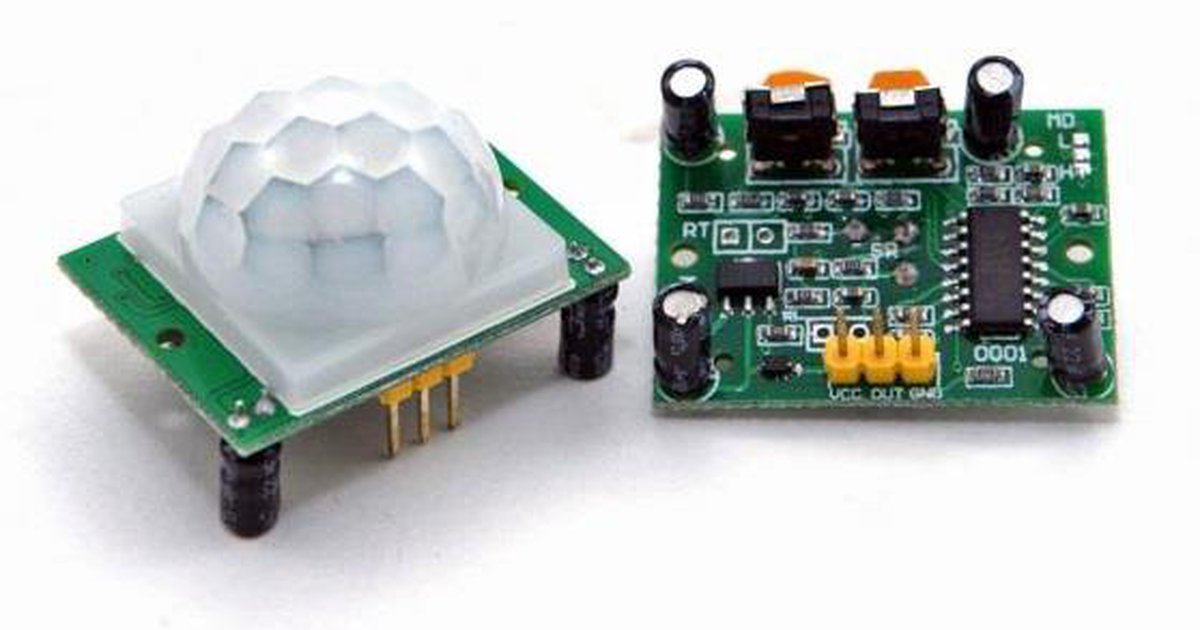 The HC-SR501 passive infrared (PIR) sensor is used to detect motion. It accepts an input voltage range from 5V to 20V and outputs a 3.3V signal when it detects motion. The time the signal is high and the detection range can be adjusted using the potentiometers on the board. The module also has two modes: single-trigger mode, where the output pulses for the set duration, or continuous mode, where the output stays high as long as it detects movement. 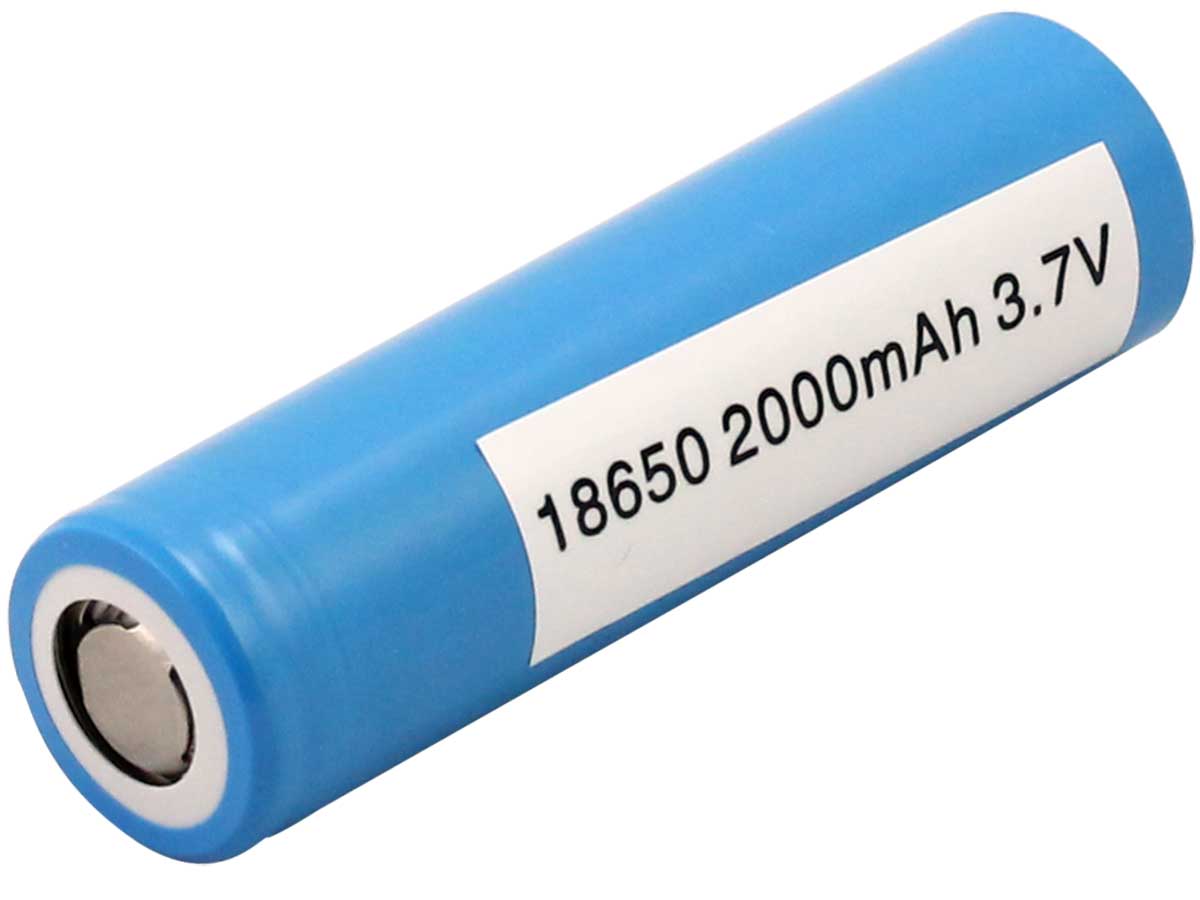 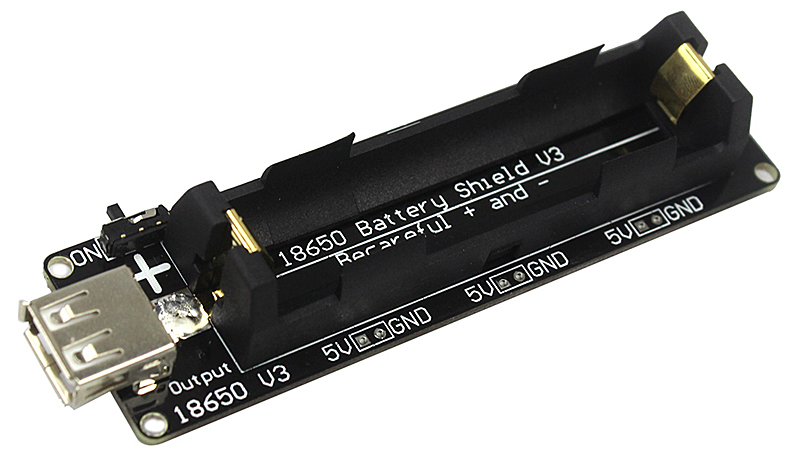 Additionally, I used a modified 18650 Raspberry Pi shield from the same project, which essentially manages the power usage of the battery. It allows the battery to recharge from a 5V input and it steps up the 3.7V from the battery to a 5V output. 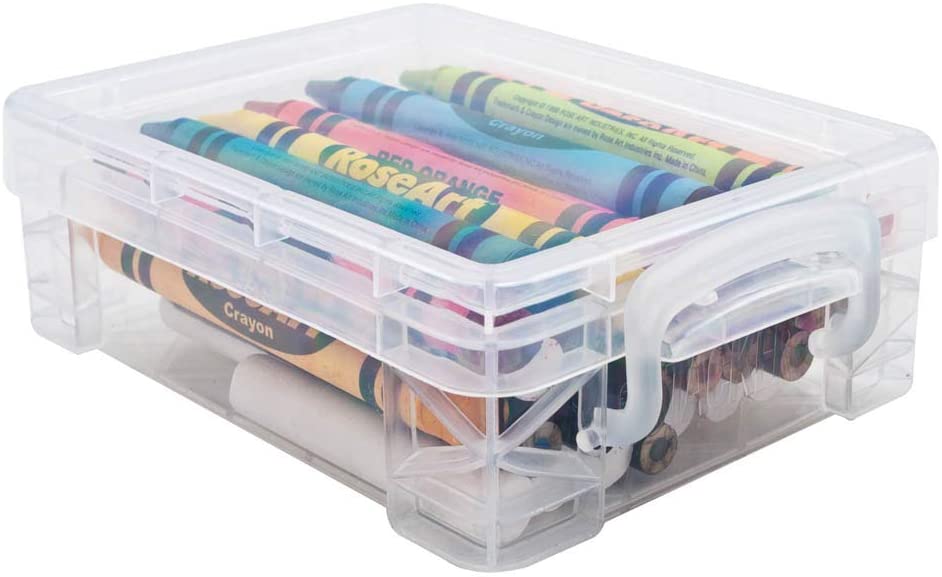 Believe it or not, the case is actually a crayon box. I used this as the project’s enclosure because it’s small, readily available, and extremely low-cost: they’re only $1 each at the local supermarket. It’s also clear enough to take decent pictures through it while still offering some degree of protection from the elements.

I tested the water resistance of the box by placing paper inside, closing it, and putting it in the shower for a few minutes. It keeps out most of the water on its own, but some drops managed to slip in. This is mitigated by either sealing or covering the edges with each use. Covering each edge from front to back with plastic wrap and tape keeps all droplets out. The seal can also be made tighter by placing a thick tape around the edge, where the lid touches the case. The case can’t withstand being submerged for very long, so no underwater pictures.

To hold everything together, I used a solder board, female and male header pins, wires, and hot glue. A male USB cable was tucked inside and can be extended outside of the case to recharge the battery. A small switch was added to turn the device on and off. A Dremel was used to make a hole in the lid for the sensor to fit through. 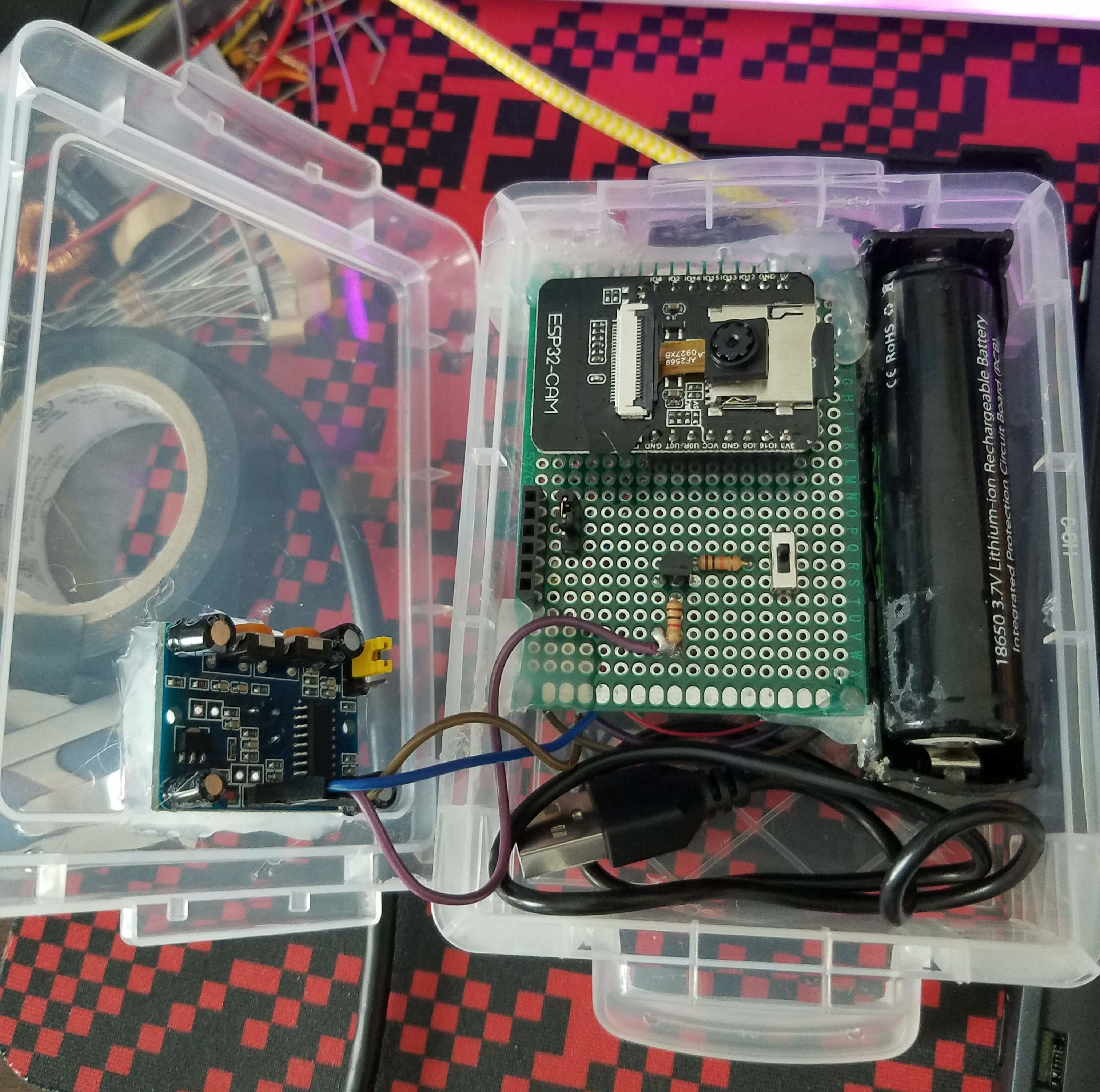 I initially used zip-ties to hold the camera in place, but I cut two slots on either side of the case later on for reusable Velcro straps.

There is a header on the left side of the solder board for connecting a serial programmer, and a jumper for grounding IO-0 to put the ESP32-S into download mode. Programming the ESP32-CAM is tedious, as the jumper has to be moved back and forth when testing new code.

Note: I used a BJT circuit to pull a pin on the ESP32-CAM to ground whenever the PIR module triggered, but I later learned that I didn’t need it; the software does support wakeup from a HIGH signal. I may still be able to use the circuit for a future purpose that I’ll discuss later.

The Arduino IDE is used to program the ESP32-CAM, with an additional extension provided by Espressif. The code is written in C++. An external serial programmer is required to program the board, as it doesn’t have a USB port. The code I used for this can be found on my Github profile. 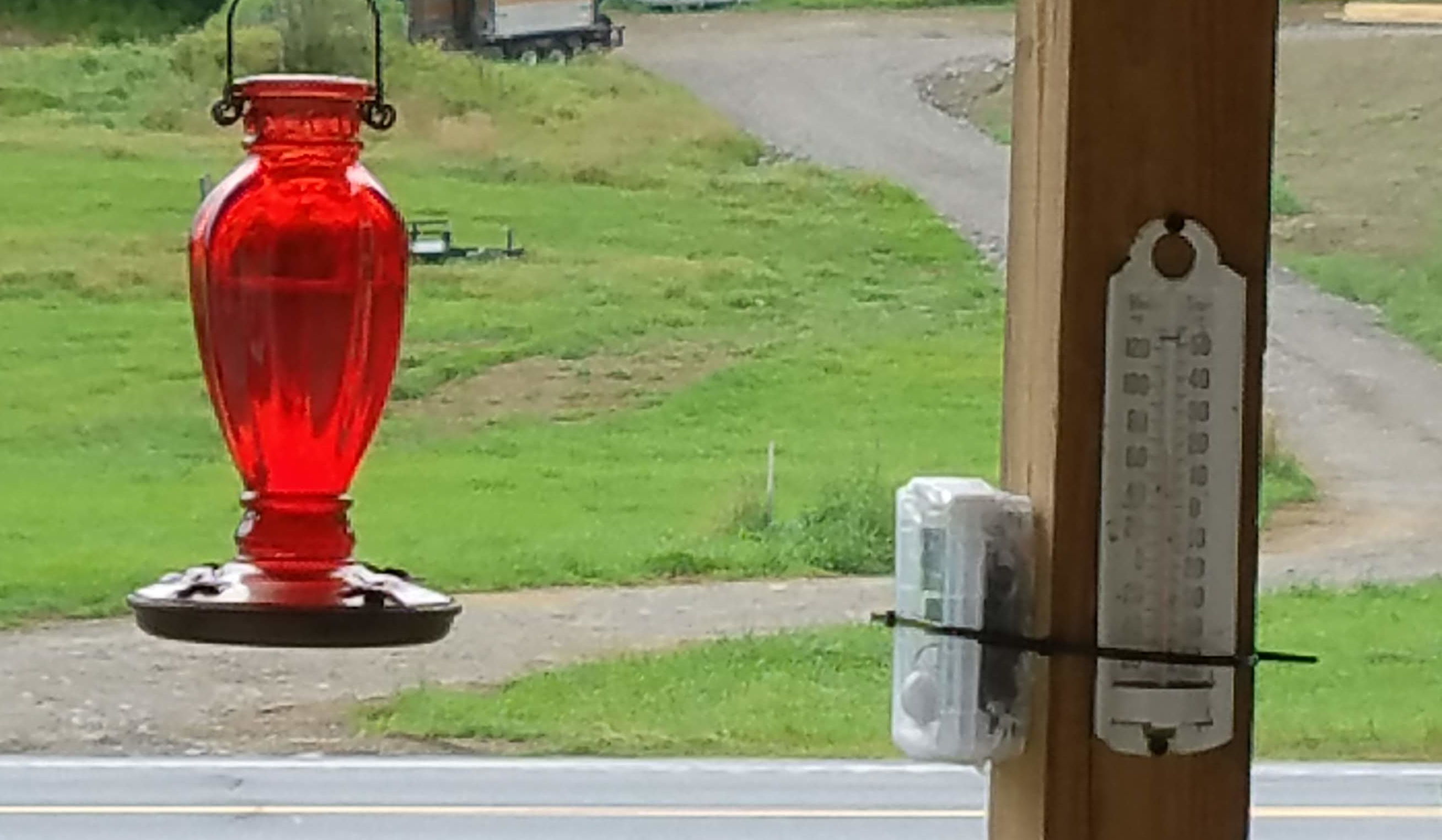 The placement of the Hummingbird Cam - before the addition of Velcro straps.

The Hummingbird Cam functioned as intended when set up next to a hummingbird feeder. It sometimes triggers from the wind blowing the feeder and nearby plants around, but in most cases it captures the intended subjects. Below are some of the best photos taken so far: 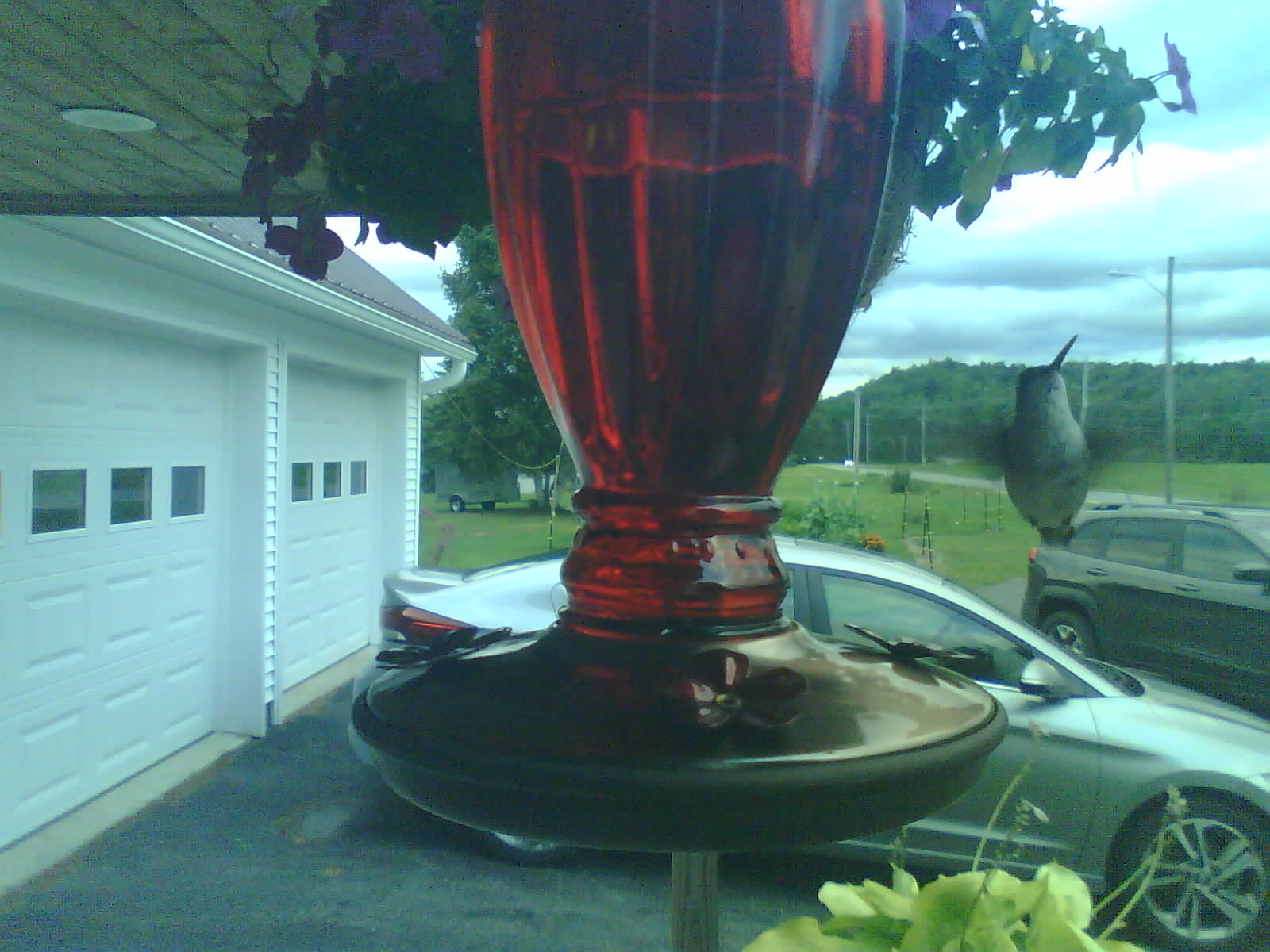 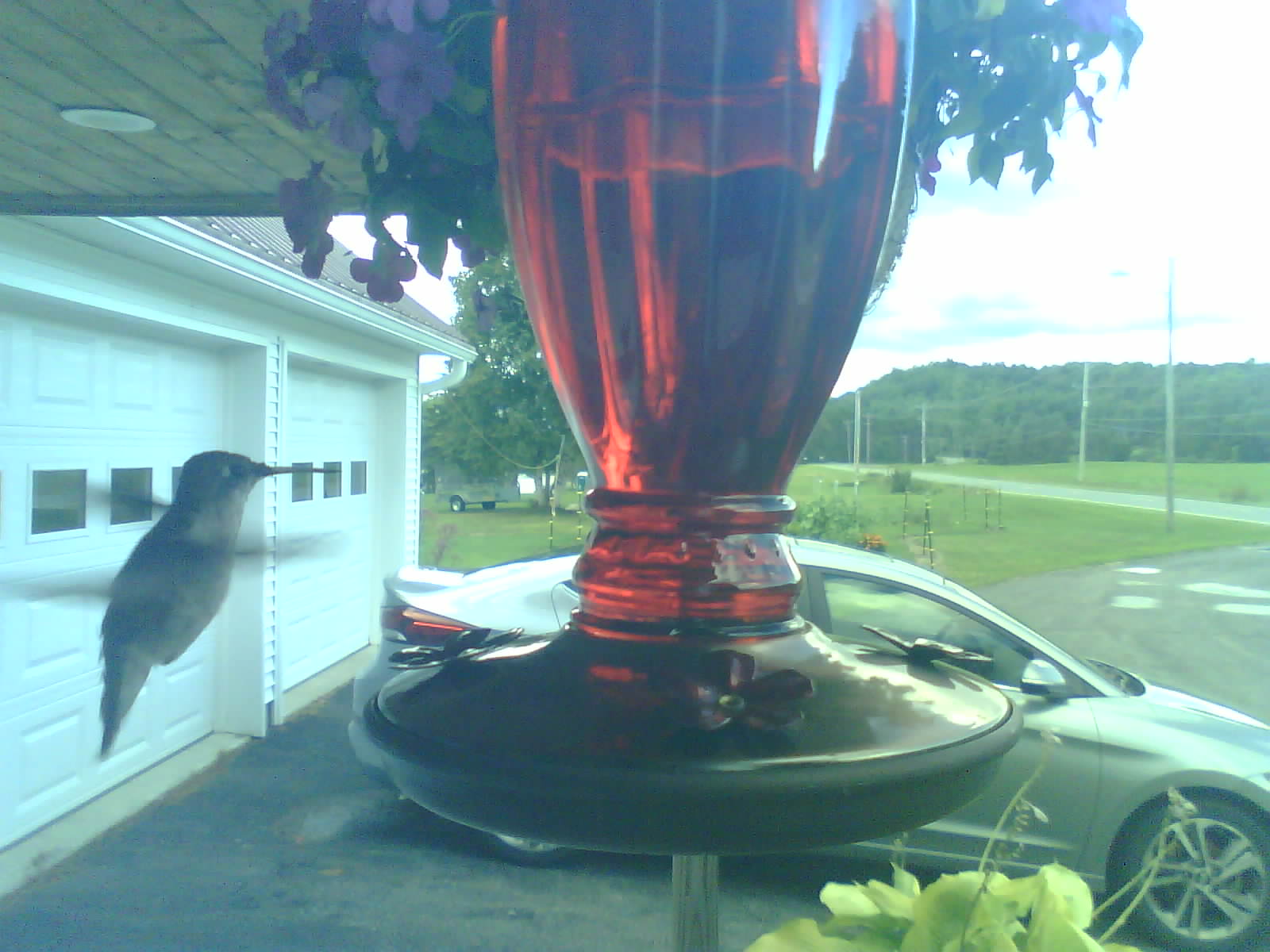 A hummingbird approaching from the left. 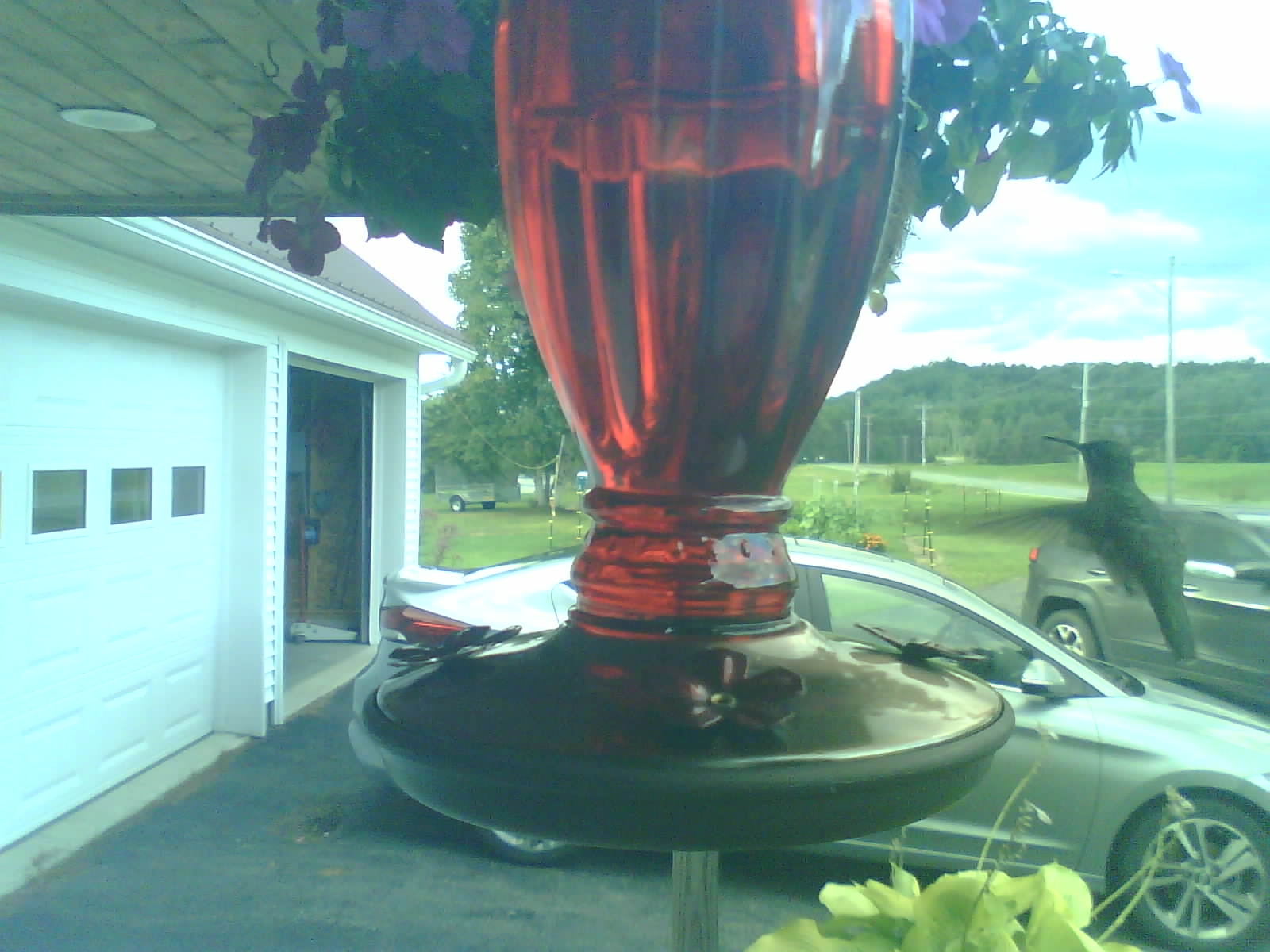 A hummingbird looking away from the camera. 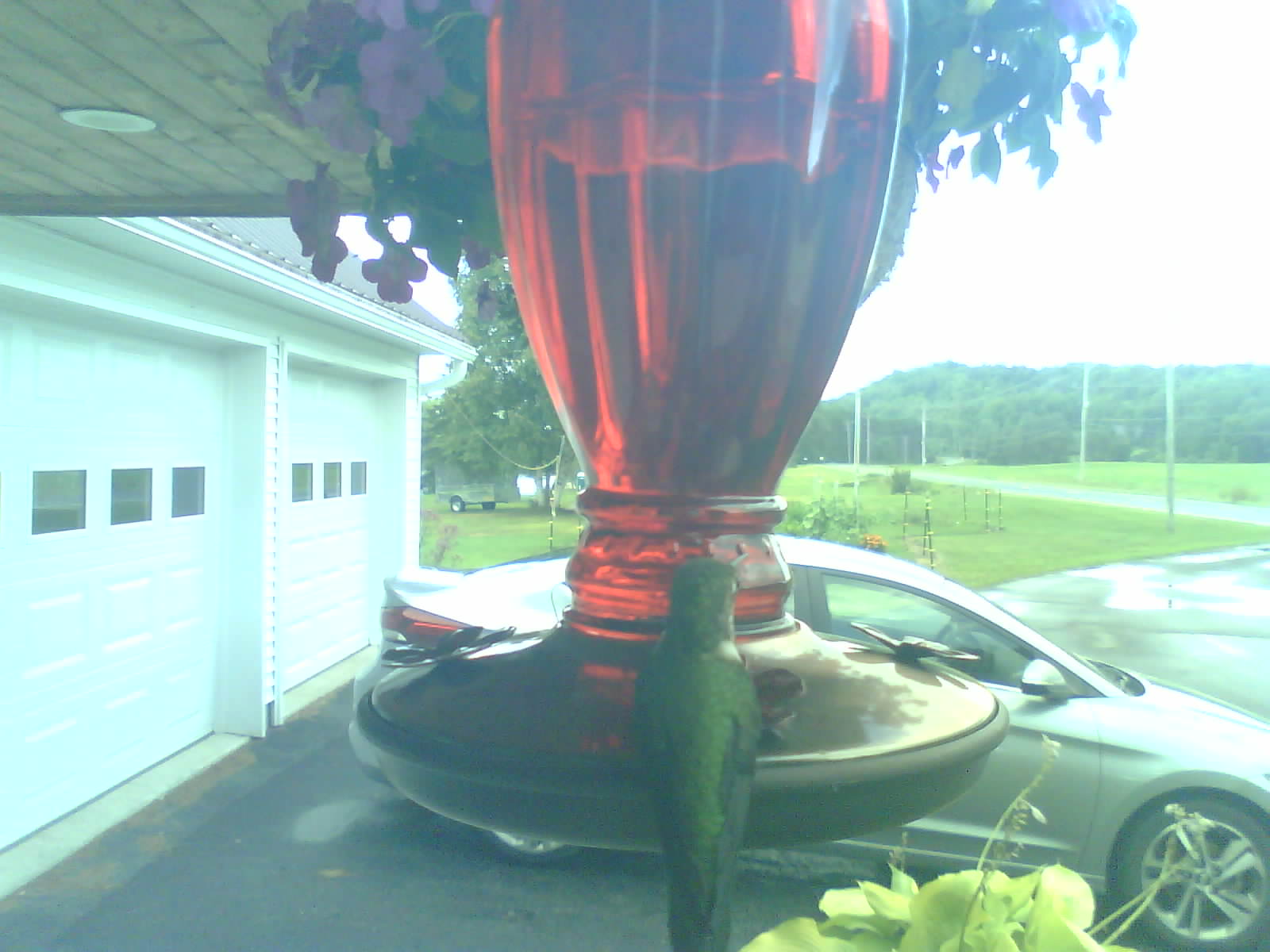 A perched hummingbird facing away from the camera. 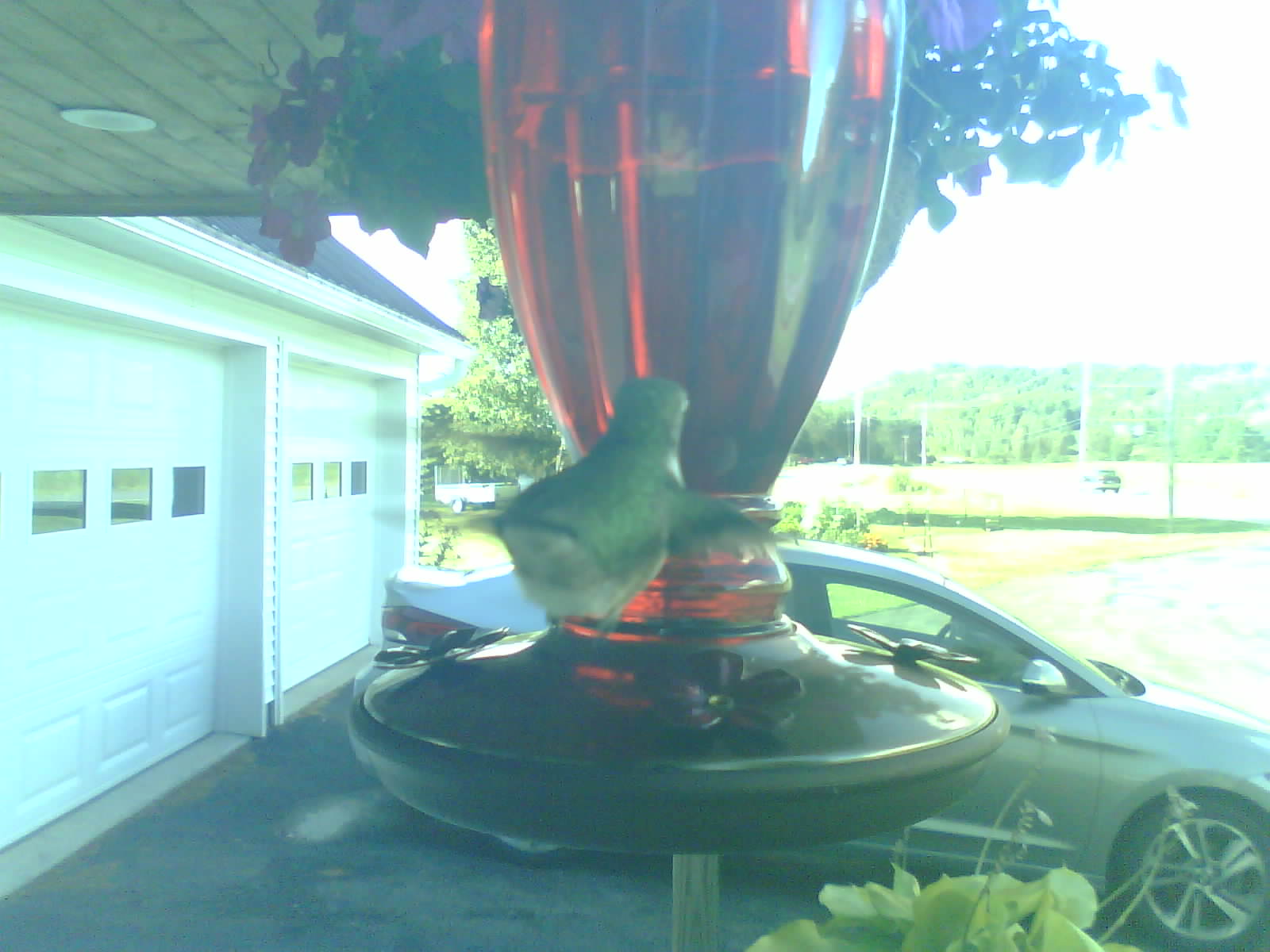 A hummingbird hovering right in front of the camera. 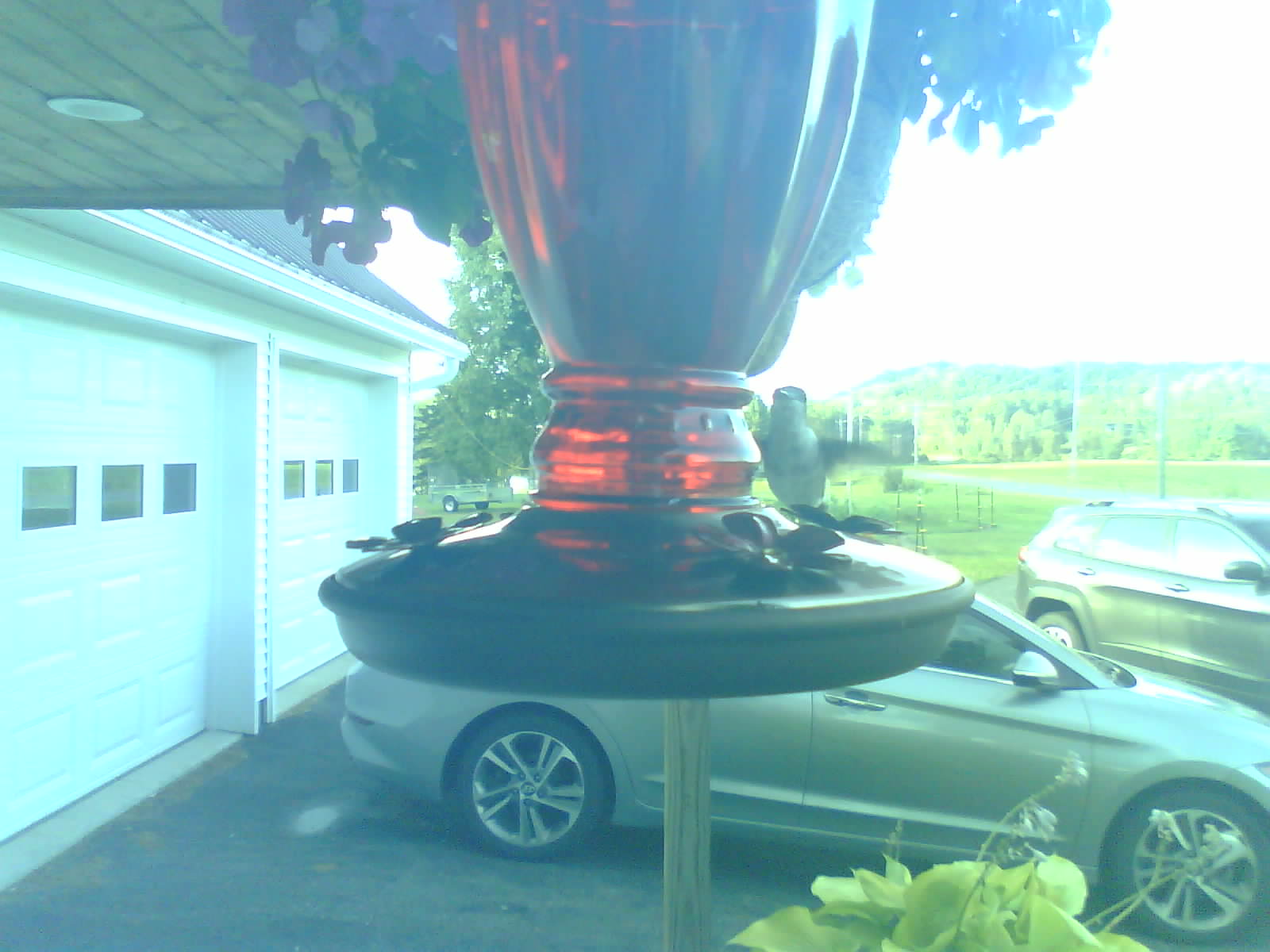 A hummingbird facing the camera from the opposite side of the feeder. 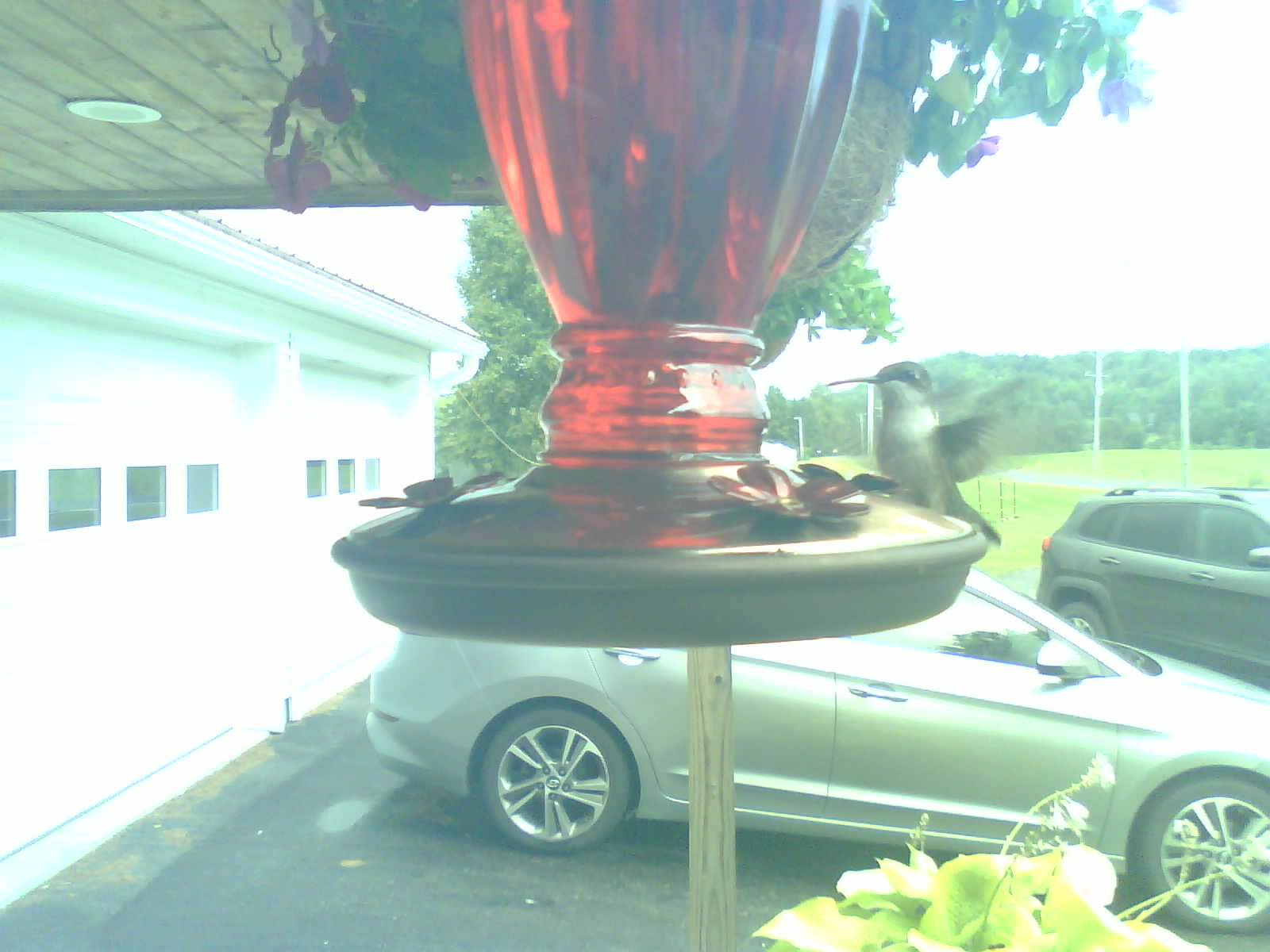 There were also a couple of interesting moments captured by the camera, but they are less clear: 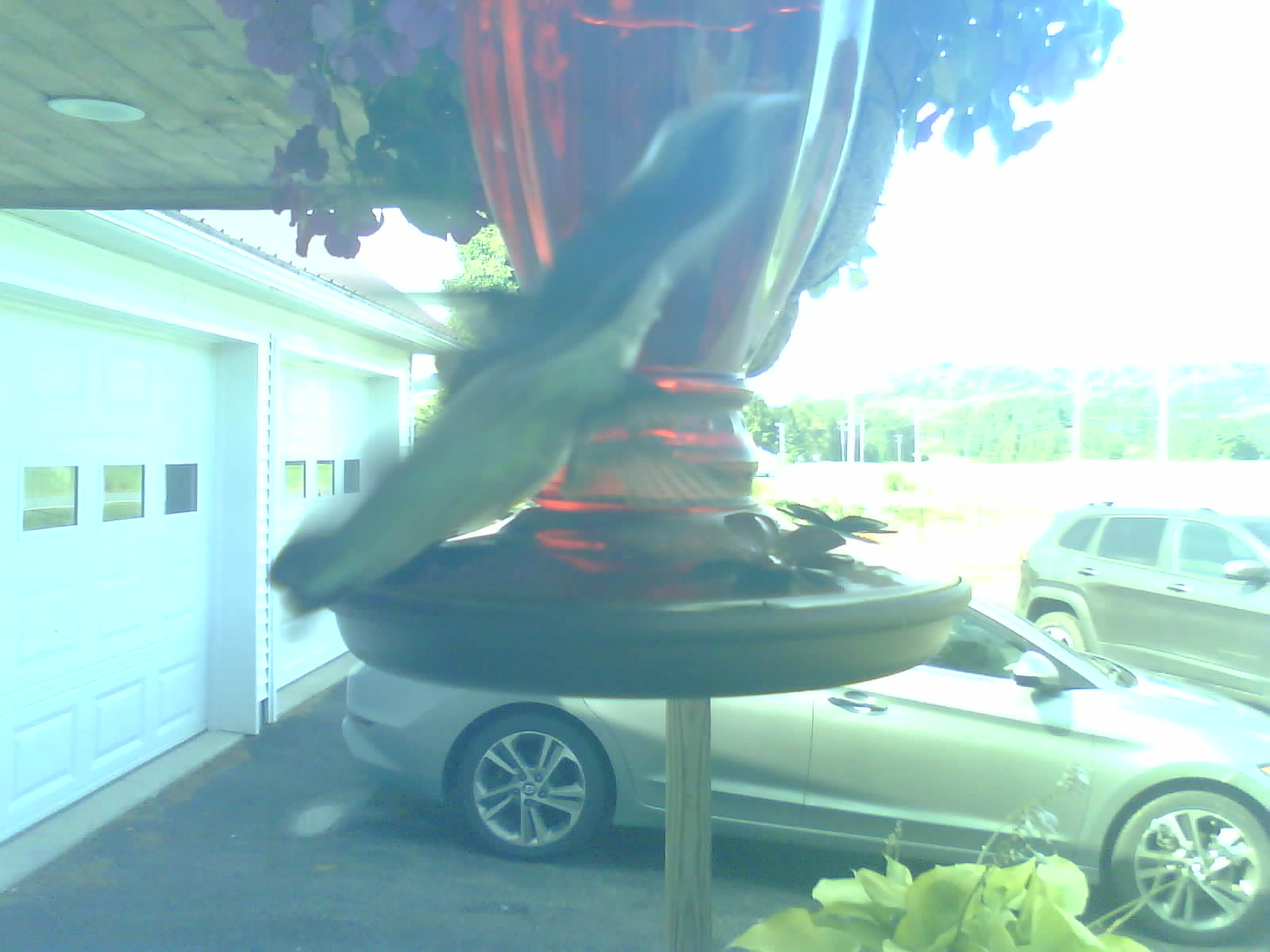 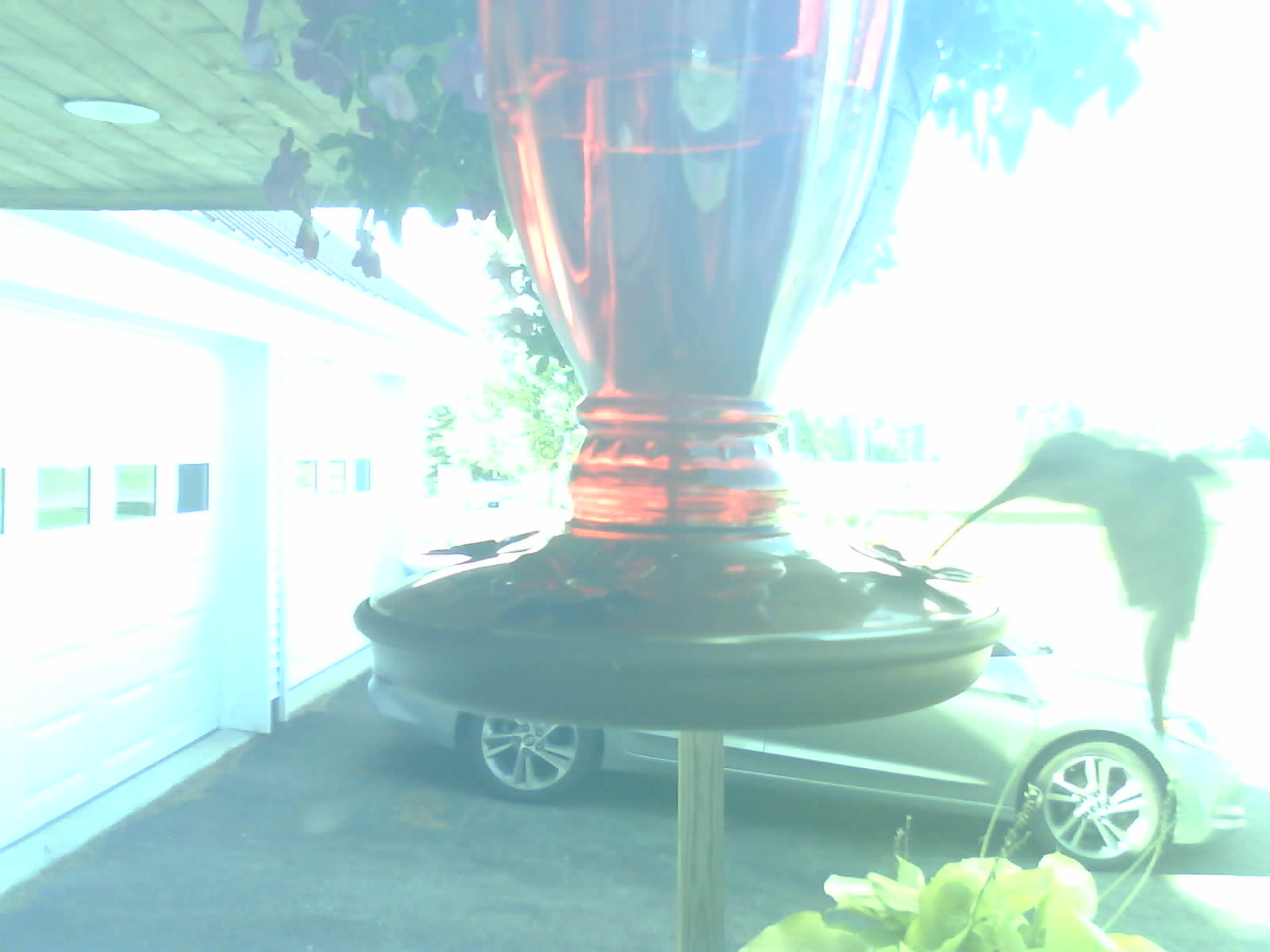 A hummingbird sticking its tongue out.

The Hummingbird Cam works reasonably well, but there are still a few issues to work out. The brightness and saturation in some of the photos are far too high. This seems to have the worst impact during the day, when the sun shines brightest on that side of the house. It takes better photos during the afternoon and evening. These parameters can be adjusted to an extent in software.

The case used to protect the electronics also adds a slight blue tint to the images. This can easily be corrected on a computer, but it is possible to do this on the ESP32-CAM right after taking a picture.

I’ve looked into adding more features to the Hummingbird Cam, as it is pretty simple in its current state. Some of the features I’d like to add are listed below:

Implementing these features using only the ESP32-CAM to control all the peripherals may present an issue. Below is a schematic of the ESP32-CAM development board: The schematics of the ESP32-CAM module.

The top right-hand corner of the schematics shows the two 8-pin headers on either side of the module. Every pin is either designated for power, ground, download mode, or a signal line for the SD card and camera. If I used these pins for anything else, it would potentially interfere with using the SD card. The only pins that won’t interfere with the camera and SD card are U0TXD and U0RXD: the pins used for serial communication. Since I want to use both the SD card and the camera, I want to avoid connecting anything else to those pins, except HS2_DATA3 as the ext0 RTC wakeup pin. 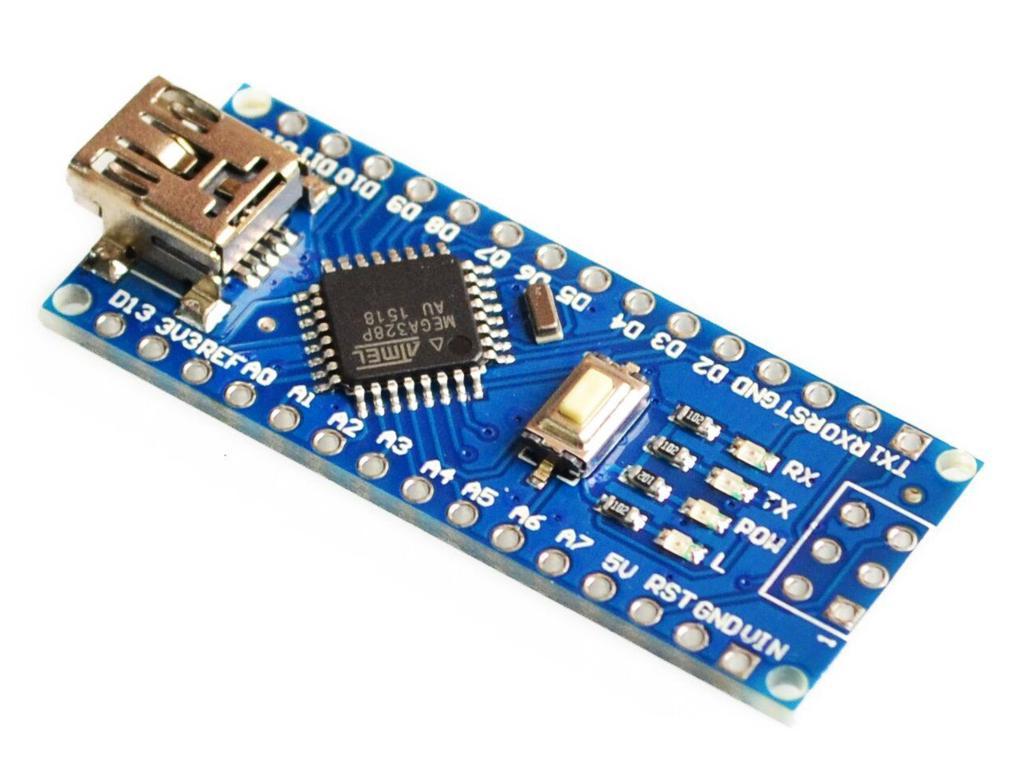 An Arduino Nano, an ATmega328p development board.

I’ve contemplated adding an Arduino Nano (with some bidirectional level shifters) inside the case as a companion device. The Arduino would be able to exchange information with the ESP32-CAM using serial communication on U0TXD and U0RXD, and would consume less power than leaving WiFi or Bluetooth on.

The Arduino could also have an extra benefit: It can eliminate the need for an external programmer, since it can be programmed as one. If the BJT pull-down circuit is connected to an Arduino output at the base, and the collector output is changed to pull down IO-0 on the ESP32-CAM, the Arduino could ground the download pin on the ESP32-CAM automatically before programming. 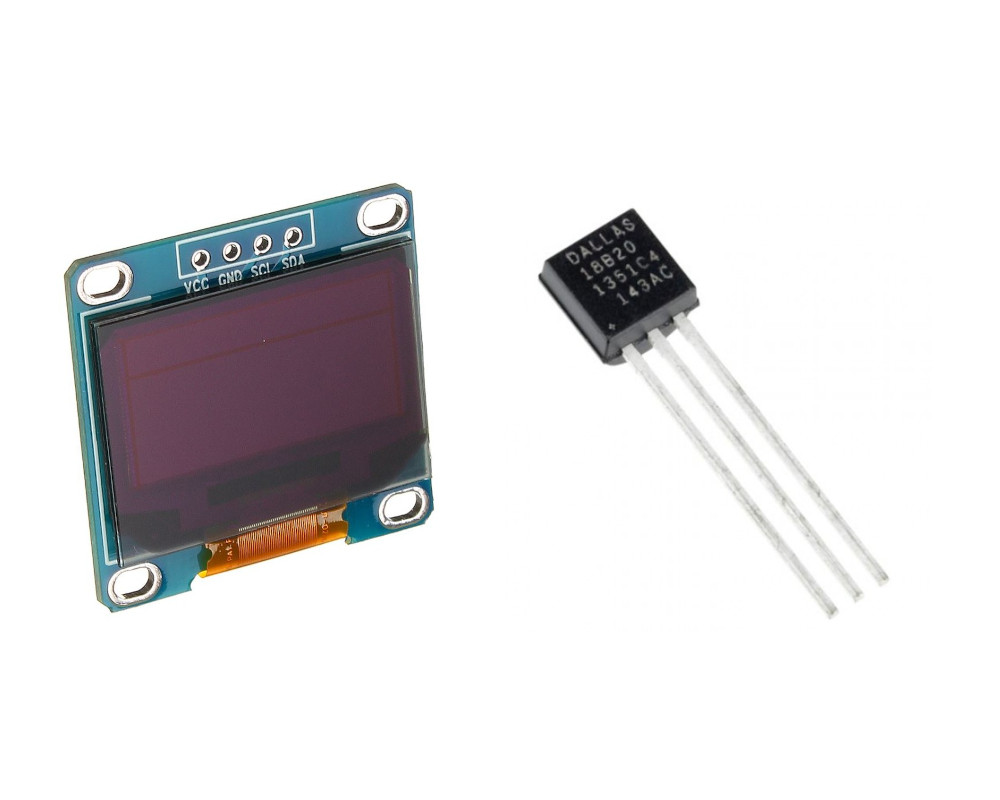 As of now, I think I am limited to a single GPIO pin for wakeup, since ext1 wakeup mode uses pins that aren’t exposed on this board. To get around this, I can have the Arduino send a code over serial as it triggers the wakeup and have the ESP32-CAM enter a different mode as it receives it. This would only need a few milliseconds to process, and would be sufficient to know the difference between a motion trigger wakeup and an Arduino wakeup.

The WiFi capability of the ESP32-CAM could be used to update its own internal RTC at periodic intervals or after receiving a command; however, its RTC is not very accurate and has no battery backup. It would be better in my case to use a more accurate RTC module with a small battery backup to store time information, and only update it as needed.

These proposed additions require testing to see if it will work. I already have all the parts I need to get this working, so a future post will describe how this goes.

The schematics are pretty simple for this version: 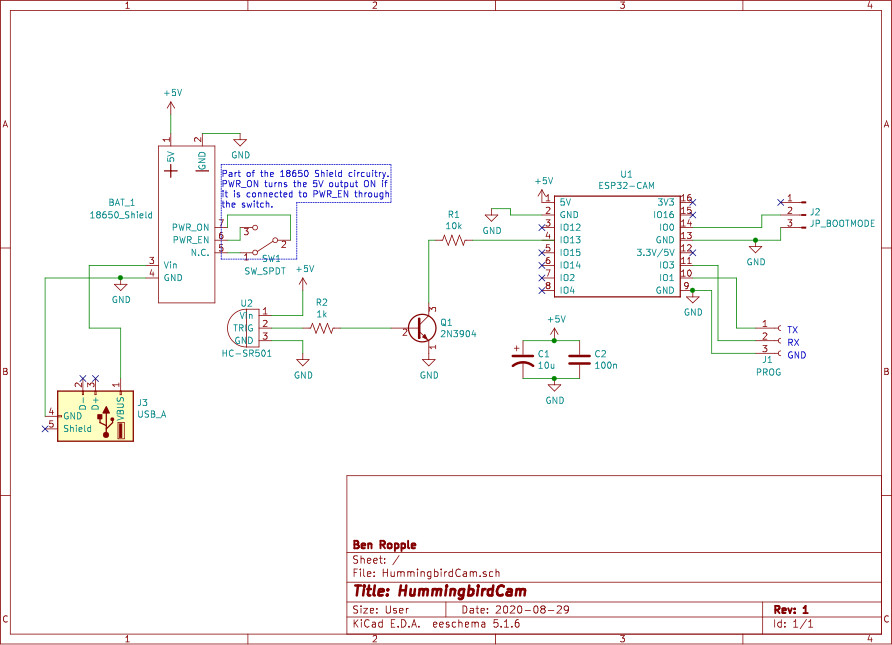 The schematics for the Hummingbird Cam - Version 1.

This post has described the purpose, programming, construction, and deployment of the Hummingbird Cam. It succeeded in capturing many interesting photos of hummingbirds. I hope to improve the device so I can use it in different situations and to photograph other kinds of animals. I will make a post describing the features I add when they’re finished. Thanks for reading!